How Does Polygamy Work Sexually? Polygamy, also known as plural marriage, refers to the practice of having more than one spouse at the same time. This can take the form of polygyny, in which a man has multiple wives, or polyandry, in which a woman has multiple husbands.

While polygamy is not commonly practiced in most Western countries, it is still prevalent in some parts of the world, particularly in Africa and Asia. The history of polygamy is complex and varied, with examples of the practice being found in many different cultures and religions throughout the world.

In this post, we will explore how polygamy works sexually, including the different types of polygamy, the sexual dynamics within a polygamous relationship, and the challenges and drawbacks that can arise. We will also discuss the legal and societal issues surrounding polygamy, as well as the social stigma that may be attached to it in some parts of the world.

Polygyny is the most common form of polygamy, and it is practiced in many parts of the world, including Africa, Asia, and the Middle East. In some cultures, polygyny is seen as a way for a man to provide for and protect multiple wives and their children. However, it can also be motivated by a desire for prestige or social status.

Polyandry, on the other hand, is much rarer and is mostly found in parts of Asia and the Himalayan region. It is often practiced in societies where there is a shortage of men, or where men are required to work in dangerous or physically demanding jobs that make it difficult for them to support a family. In these cases, multiple brothers may marry the same woman in order to share the burden of supporting her and any children.

It is also worth noting that there are other forms of polygamy, such as group marriage, in which multiple people (of any gender) are married to one another in a group. This is a very small and rare form of polygamy, however.

The sexual dynamics of a polygamous relationship depend on the specific type of polygamy being practiced, as well as the individual preferences and agreements of the people involved.

In a polyandrous relationship, the woman is expected to be sexually active with each of her husbands. This can also be challenging logistically, as the husbands may live in separate homes or have different schedules. In some cases, the woman may have a primary husband with whom she has the most frequent sexual contact while having less frequent sexual contact with the other husbands.

It is important to note that polygamy is not always practiced for sexual reasons. In some cases, it may be motivated by economic or social considerations, or by a desire for companionship or support. Additionally, not all polygamous relationships involve sexual activity between all members. Some people in polygamous relationships may choose to have separate sexual lives or may be celibate.

It is also worth mentioning that polygamy can raise complex issues related to consent and communication. It is important that all parties involved in a polygamous relationship are fully informed and give their consent to the arrangement. There should also be open and honest communication between the spouses to ensure that everyone’s needs and boundaries are respected.

Polygamy can present a number of challenges and drawbacks for the people involved.

One potential challenge is jealousy and conflict among co-wives or co-husbands. It is not uncommon for people in polygamous relationships to feel jealousy or insecurity about their spouse’s other relationships. This can lead to tension and conflict within the relationship, which can be difficult to resolve.

Another challenge is the practicalities of managing a polygamous relationship. This can include logistical issues such as coordinating schedules and managing finances, as well as emotional challenges such as navigating differing needs and desires.

Polygamy is a controversial and complex issue, with legal and societal implications that vary around the world.

Even in countries where polygamy is legal, it may be socially stigmatized and marginalized. In some cases, people in polygamous relationships may face discrimination or prejudice from society and may have difficulty accessing certain rights and protections.

It is worth noting that polygamy is a diverse and complex issue, and there is no one-size-fits-all approach to addressing it. Different cultures and societies have their own approaches to regulating and understanding polygamy, and it is important to consider these cultural differences when discussing the legal and societal issues surrounding the practice.

In this post, we have explored how polygamy works sexually, including the different types of polygamy, the sexual dynamics within a polygamous relationship, and the challenges and drawbacks that can arise. We have also discussed the legal and societal issues surrounding polygamy, including its criminalization in some countries and the social stigma that may be attached to it.

It is clear that polygamy is a complex and controversial issue, and there is no one-size-fits-all approach to understanding it. While it is not a common practice in most Western countries, it is still prevalent in some parts of the world and is an important topic to consider and understand.

If you are interested in learning more about polygamy, we encourage you to do further research on the topic and consider the different cultural and societal perspectives that exist on the issue. It is important to approach this topic with an open mind and to respect the experiences and choices of those who are involved in polygamous relationships. In the world of spirituality and self-discovery, two concepts that often arise are Karmic Relationships and Twin Flames. Both of these ideas are related… 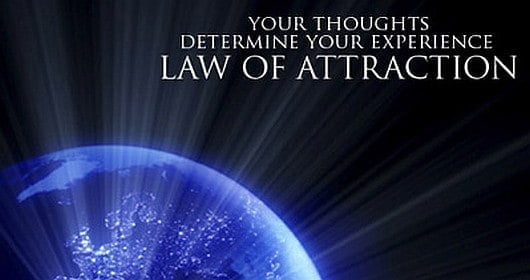 Falling in love doesn’t necessarily always happen by accident. A person can use the law of attraction relationships to find the love they want…. Have you ever been in a situation where someone treated you in a way that was less than satisfactory? Do you wish you knew… It is true that how others treat us is a reflection of themselves. Our interactions with friends, family, and colleagues can provide insight into… Polygamy and monogamy are two types of relationships that involve more than one person. Polygamy refers to a relationship in which an individual is… The Karmic Relationship Stages can vary, but typically they involve an initial period of intense attraction followed by a period of learning and growth….