“The ultimate measure of a man is not where he stands in moments of comfort and convenience, but where he stands at times of challenge and controversy.” This powerful quote by Martin Luther King Jr. speaks to the true test of one’s character and integrity. It highlights the importance of standing up for what is right, even in the face of adversity.

Martin Luther King Jr. was a civil rights leader in the 1950s and 60s who fought for racial equality and justice. His activism and leadership played a pivotal role in the American civil rights movement and he is widely regarded as one of the most important figures in American history.

In this blog post, we will delve deeper into the meaning of this quote and explore how it relates to personal character and integrity.

The Ultimate Measure Of A Man Quote Meaning

When Martin Luther King Jr. said “The ultimate measure of a man is not where he stands in moments of comfort and convenience, but where he stands at times of challenge and controversy”, he was emphasizing that true character is revealed not in easy times but in difficult ones.

This quote also highlights the importance of taking a stand, rather than remaining neutral or passive in the face of injustice. It encourages individuals to be active and engaged in creating positive change in the world, rather than simply going along with the status quo. It’s about being a leader and not a follower when it comes to important issues.

Furthermore, this quote also encourages individuals to reflect on their own personal values and principles and consider how they might respond in difficult situations. It’s a reminder that we are all tested in different ways and that true integrity is revealed in the choices we make when faced with challenges and controversies.

One example of an individual who demonstrated integrity in the face of adversity is Nelson Mandela. He was an anti-apartheid revolutionary, political leader, and philanthropist who served as the President of South Africa from 1994 to 1999. He was arrested and imprisoned for 27 years for his activism against the racist government of South Africa.

Despite the hardship and injustice he faced, he never wavered in his belief in racial equality and reconciliation. His steadfastness and leadership played a key role in the eventual end of apartheid and the establishment of a multiracial democracy in South Africa.

These examples demonstrate that standing up for what is right, even in the face of adversity, takes courage and integrity. It’s not easy to take a stand against injustice, but it is necessary to create a better world.

As you read through this post, you might have found yourself reflecting on the quote and its relevance in your own life. How would you respond in a situation of challenge or controversy? What are your personal values and principles that guide you in difficult times? Reflecting on these questions can help you to understand how you might respond to adversity and challenges in the future.

Consider a time when you faced a difficult decision or stood up for what you believed in, even when it was uncomfortable. Reflect on the choices you made and the actions you took. Did you remain true to your values, or did you compromise them? How did your choices and actions affect the outcome of the situation?

It’s important to remember that we all have the ability to make a difference and that small acts of integrity can have a big impact. It’s not always easy to take a stand, but it’s essential for creating a better world for ourselves and future generations.

We explored the meaning of Martin Luther King Jr.’s quote “The ultimate measure of a man is not where he stands in moments of comfort and convenience, but where he stands at times of challenge and controversy”. We analyzed the quote and discussed how it relates to the concept of personal character and integrity. We also provided examples of individuals who have demonstrated integrity in the face of adversity, such as Nelson Mandela and Malala Yousafzai.

Throughout the post, we encouraged readers to reflect on the quote in the context of their own lives and to consider how they might respond to challenges and controversies. The quote serves as a powerful reminder that true character is revealed not in easy times but in difficult ones and that it’s important to stand up for what is right, even when it’s uncomfortable.

We hope this post has inspired you to think about the quote and its relevance in your own life. We would love to hear your thoughts and perspectives on the quote and how it relates to your own experiences. Share your thoughts in the comments section below or on social media. “Stop thinking, and end your problems” is a powerful quote from the ancient Chinese philosopher, Lao Tzu. Lao Tzu is best known as the… Maya Angelou quote “My mission in life is not merely to survive, but to thrive; and to do so with some passion, some compassion,… 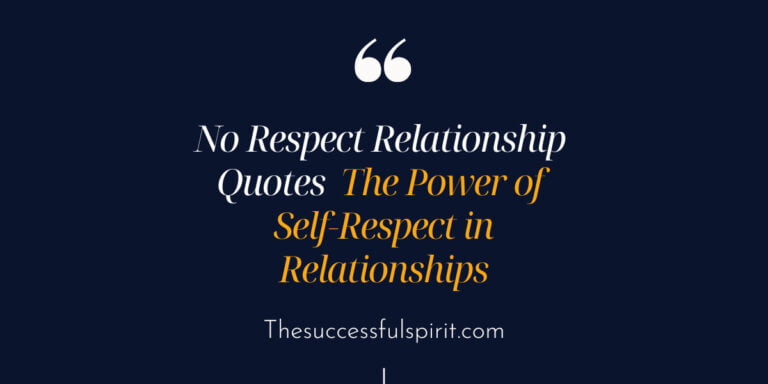 No respect relationship quotes can provide comfort and solace to those who have been hurt in a relationship. Whether it’s a romantic, family, or… Are you searching for Quotes For Strength and Comfort during a difficult time? Look no further! Our post on strength and comfort quotes is… Martin Luther King Jr. was a civil rights activist and leader who fought for the rights and equality of African Americans. His famous “I…